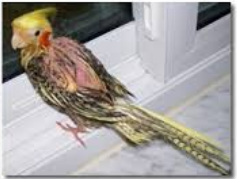 Us 3 girls do everything we can to help animals. For example one of our girls has pet birds and quite alot too. The other day one of her birds had got attacted by another, the poor thing was covered in blood and had its feathers picked off. You could definitely tell the bird was in pain. Of course your instinct is to help it so thats excalty what she did. For the past few days she has kept it in her room to look after it. Our goal is to let everybody else know about this issue and how animal cruelty should be illegal. Just remeber that 'We Are Animals 2!' 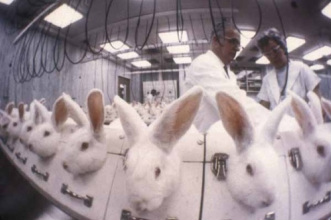 Here in Australia over 65 billion animals are abused or killed each year. These numbers cause major destruction to our bio-diversity. Animals can be abused in many ways such as for entertainment, experimentation, factory farming, fur farms and hunting. Entertainment is the one of the biggest in animal cruelty; we see it everywhere such as circus' and zoo's. Since 1990 elephants in captivity have killed 43 people just here in australia, imagine what they can do to the rest of the world. Elephants are very peaceful animals if this means they attact the treatment they are recieving is disturbing the animal to act in defence. Other animals here in australia still are being abused; some you might not even realise such as the grey hound breed canine. This particular breed is bred up for racing and racing only, the breed eats like a horse and definelty has a strong bite. Greyhounds are abused from a young age just to race and chase a rabbit along the sidelines of the race track, if the canine does not succeed it is bullied and trained even harder. I know for a fact since my grandad had these breeds for racing that if the dog is injured or cannot race anymore it is either given away or put down, since the dog eats too much and therefore unable to make the money from racing to feed the animal. Another example of entertainment in aninmal cruelty.

Animal experimentation is popular as well; it is said that more that 6 million animals are used in research and testing annually just in australia and new zealand. This number is increasing by the second and should be stopped as soon as possible. an example of this is the rabbit; this loving fluffy animal is routinely blinded in the process of named the 'draize' test. It is designed to show whether chemicals, especially those used on the face, hands and other parts of the body, can damage the eyes. It involves placing chemicals, which may be irritants to the eyes, on the surface of the eyes of restrained animals, particularly rabbits. Any irritation the chemicals cause is assessed from tears, redness or swelling. Purchasing cosmetics from companies who specify no animal testing is one small step that can be taken to prevent animal cruelty.

Factory farming still plays a big part in animal cruelty. Factory farming is actually the number one cause for animal cruelty. Over 10 billion animals each year have been slaughtered for our consumption.  The poor, helpless laying hens are kept in tiny cages just brought up to lay eggs and they can either die on diseases spread in the small cages or from ths stress of being clostrophobic. it is absoultely devastating to know that our own dariy farmers have actually been known to keep cows pregnant with artificial insemination to improve its productivity. chickens in farms if bred up properly can life up to 12 years while in factory farming they are bred up for 6 weeks to be sold as meat. in fact factory farming contributes to deforestation, pollution and climate change. stop factory farming!

Here in Australia there is animal cruelty happening all around us and we don't even notice. Each and every person in the world can do there part, just fill out our survey on our contact page to let us know what you think and what we can do to stop it.
Thanks!